Hello from Sicily – A Excursion into Antiquity– Siracusa

My first day in Sicily was beautiful, making it a great day to go on an excursion out of town. My day began with a delicious breakfast on the terrace at Hotel Villa Nettuno. I must say that the view from the terrace and the garden is one of my favorite views. Maria Sciglio (in her 80s) takes amazing care of the garden, which is a sub-tropical paradise. Every minute of my morning meal, which included a freshly baked croissant, coffee, tea, or hot chocolate, was something I was grateful for.

I was ready to conquer the day so I began my 7-minute walk to the Babilonia Language School. Already the Piazza Corvaja was full and the beautiful blue sunlight was stunning my eyes, I was ready to take on the day. At eight o’clock in the morning, thirteen people waited outside the school. Our activities coordinator Peppe made a quick walk to a nearby car rental to pick-up two vehicles: a minibus as well as a small car. Although the Fiat Panda was quite comfortable for five people, it’s something you will need to get used too. Cars and most other things in Europe are a little smaller than those in North America.

After a pleasant ride, we exchanged stories from Canada, Switzerland, Holland, Holland, and Canada. Two and a quarter hours later, we reached the Neapolis Archeological zone in Siracusa. This is also known as Syracuse in English. Syracuse has been a major economic center for almost 3000 years and has been inhabited ever since prehistoric times. This Greek city was founded by the Corynthians and is home to some of the most important Greek archeological treasures.

We got out of the cars and noticed that it was very crowded. It is not surprising, considering how many people make an excursion on a Saturday morning to major archeological sites. 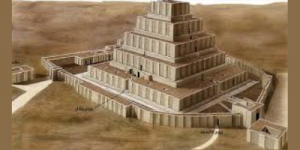 Babilonia offered a free entrance to the complex and we entered through turnstiles. The so-called Latomie were our first archeological site. These are stone quarries from ancient times that supplied the stone for many of the Greek monuments. They were used at times as prisons. Orrechio di Dionisio (“Ear of Dionysius”) is the most notable man-made cave. It was believed to have allowed Dionysius, the local tyrant, to hear whispers from the prisoners held within its depths. Although the cave’s shape is faintly reminiscent a human ear, the wind could blow in the right direction during theatrical performances and a choir placed in the cave could be heard in a Greek amphitheatre.

A second cave is located nearby, the Grotta dei Cordari (Grotto of the Ropemakers), which is currently not accessible due to falling rocks but was once used for ropemaking. The Greek Theatre was built in the 5th Century B.C. This amazing setting was the ideal place for many of the greatest ancient Greek playwrights.

Peppe said that the theatres of ancient Greeks were built in beautiful natural settings. The semicircle was built into a mountain to offer a stunning view of the mountain (Mount Etna in Taormina, for example) or the sea. Greek dramas were performed at sunset, so they would be performed in the evening. Peppe said that of all the ancient civilizations to have invaded Sicily that they had most respect for the natural world. 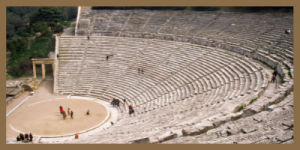 Many of the original stones from the Greek Theatre were taken by Emperor Charles V in 1500s to construct the walls around Ortygia (an island that is part of downtown Siracusa). A theatre festival is held every year in Siracusa’s Greek Theatre in May and June. It features Greek Tragedies as a part of Teatro Greco di Siracusa. The festival theatre for 2007 is set for May 10 through June 25, 2007. The Greek Theatre is surrounded by rocks that have cavities. These were once used as grain storage and burial sites.

We came across the “Altar of Hieron II”, a site of sacrificial sacrifice where 400 bulls were killed at once. This archeological area contains ancient Greek treasures as well as Roman ruins. The Roman Amphitheatre was used to fight beastly. Peppe clarified that these were not professional gladiators but slaves who were made to fight wild animals, mainly dogs. Antiquity Sicily was a popular prison and prisoners were often involved in these spectacles. It is possible to still clearly see the underground holding areas as well as the corridors for gladiators and animals.

Amalfi Coast – A Perfect Seaside Destination for Vacations in Italy

What is this deeper spiritual life?